ESCIMO.spread simulates the energy and mass balance as well as melt rates at the snow surface. The model makes use of hourly recordings of temperature, precipitation, wind speed, relative humidity, and incoming global and longwave radiation. All model equations are solved in easyily accessible spreadsheet caclulations with all model output being graphically visualized in hourly and daily diagrams. 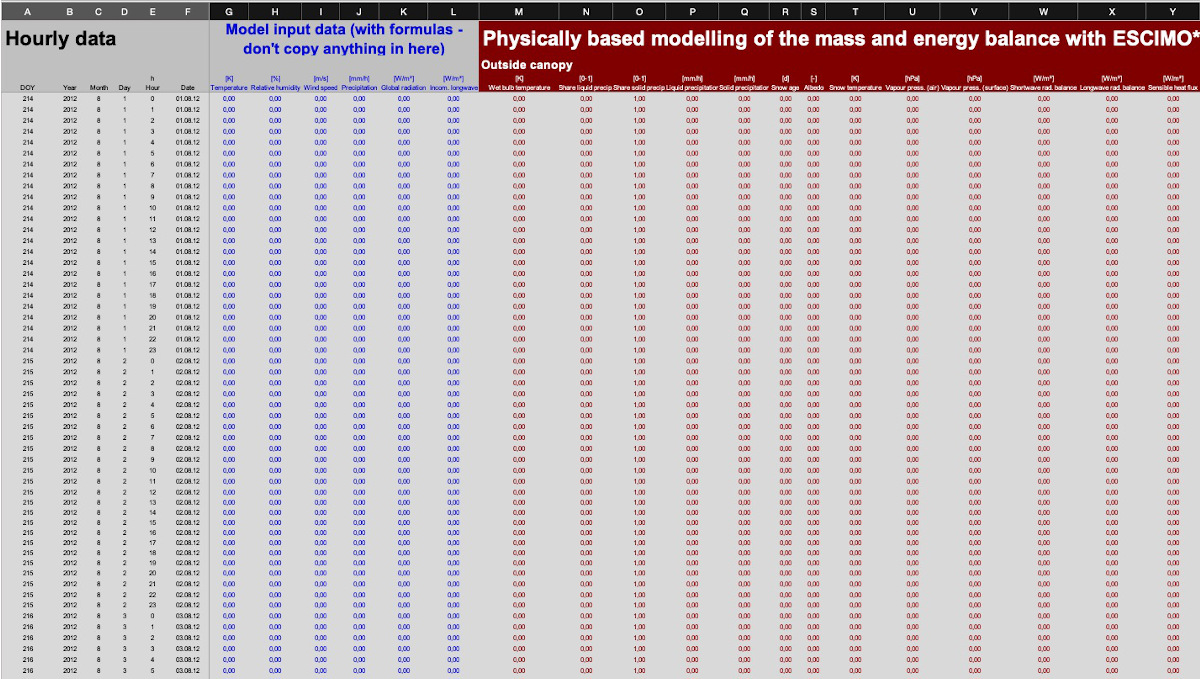 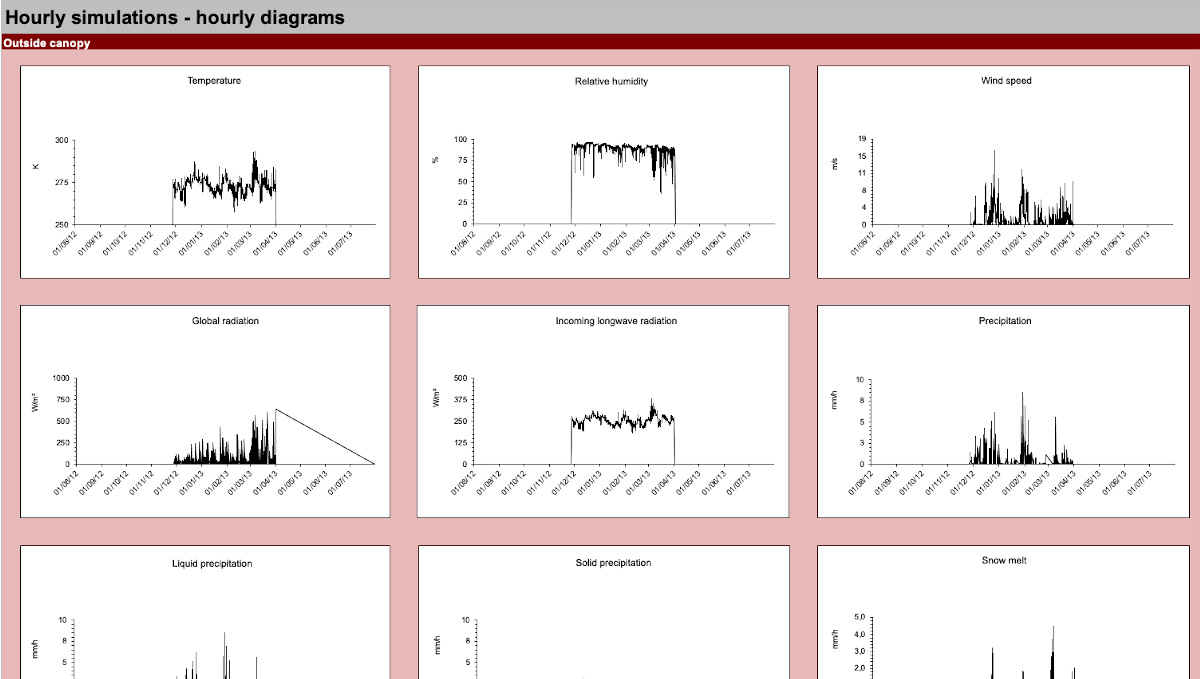 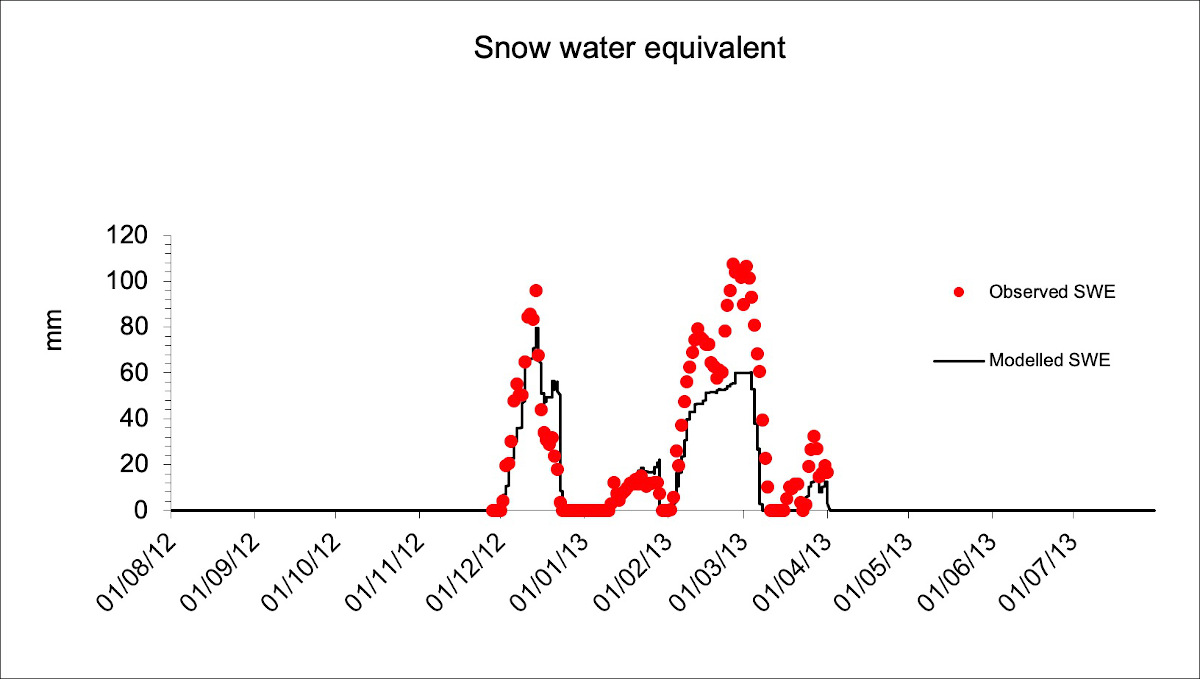 The model is easily portable and adjustable, and runs particularly fast: an hourly calculation of a one winter season is instantaneous on a standard computer. The effect of potential climate change on the seasonal evolution of the snow cover can be estimated by modifying the time series of observed temperature and precipitation by means of adjustable parameters. ESCIMO.spread has recently been extended by a canopy submodel. This newly developed version referred to as ESCIMO.spread (v2) modifies meteorological observations observed outside a forest stand for canopy effects and calculates the snow cover evolution for inside-canopy conditions.